When CAPM 2.0 first wrote positively about Tesla’s stock price in early August 2020, TSLA was at $290 per share. The price subsequently rallied to over $900 in early 2021 before trading down into the $700 range. In May 2021, when the stock was at $625, we questioned the bears who said the stock would go lower. The debate continues: “Big Short” investor Michael Burry is reportedly short $700 million worth of TSLA, while Cathie Wood’s ARK Investment is long $3.6 billion with a $3,000 price target by 2025.

Today CAPM 2.0 looks at a Barron’s interview with Gary Black, a longtime and well-regarded Wall Street pro who has a price target for TSLA of $1,100 per share. While the target price might seem aggressive, Black uses a bottoms-up quantitative model, as opposed to hyperbole and rhetoric.

First, Black assumes that Tesla will grow the number of cars it sells on average by 50% per year through 2025, with 20% growth after that. He believes Tesla can maintain 25% market share of the growing EV market. This is achievable through 2025 as Tesla expands the total addressable markets (TAM) it sells into as it introduces new models, including the Cybertruck and an economy car, along with expanding its global footprint. While the bears point to massive EV capital spending from competitors like GM, Ford, VW, and others, Black feels this competition is still a few years out. When it comes, the competition will likely drive more customers to Tesla as its products continue to be superior on several fronts, including range, performance, handling, technology features, safety, and the iconic EV brand status.

As for profits, Tesla surprised the market a few weeks ago when it reported nearly ~20% EBITDA margins for its 2021 second quarter. The company made real money for the first time and did so without the benefit of its not yet completed Austin and Berlin gigafactories. These factories, plus Shanghai, will be far more efficient than the Fremont, CA plant that has produced most of the Teslas sold in America to date.

The math to get to Black’s $1,100 price target is ~50% earnings growth each year until 2025, when his model indicates $32 dollars per share of earnings. To this, he applies a 50X price to earnings multiple (P/E) to arrive at a 2025 stock price of $1,600. A 50X PE is high but many investors regret that they balked early on at paying similar (or even higher) multiples to own disruptors like Amazon, Google, and Netflix. The $1,600 2025 price is discounted back to 2021 at a discount rate of 11.6% for 3.5 years to arrive at a current Tesla price of approximately $1,100 per share. As a point of reference, Black explains that Tesla’s price compared to its earnings growth rate (the “PEG” ratio) is similar to mega tech stocks like Facebook and Google and is much lower than Apple’s.

While Black acknowledges that 50% earnings growth for the next few years is aggressive, he does not give Tesla any additional value (as Cathie Wood does) for potential earnings from a robo taxi business in which Tesla owners put their Full Self Driving Teslas out on the streets for rent. Nor does Black give any value to Tesla’s utility and residential battery storage businesses, its huge solar business, or its insurance business. We note that Black is laying out a case for 50% upside for Tesla, nothing close to the 700% price increase in 2020. Further, Tesla only deserves a place in a diversified portfolio as things we do not expect can go wrong. 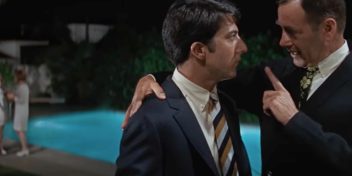 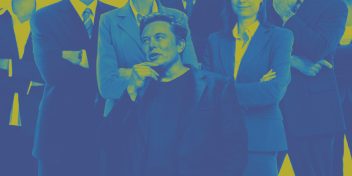